We’re excited to announce our next Live Play! Valor Live: Best in Class will debut with episode 0 on Saturday, February 27th at 2:00 PM Pacific Time on our Twitch Channel! This will be a bi-weekly game run by Valor Co-Creator Austin MacKenzie. This game will explore our Best in Class module which we  hope to release physical copies of within the next few months. It will follow the exploits of a group of students within the Knighthood program at the illustrious Silver League school Mercurial University.

As with the original Valor Live: Wind Riders campaign this game will take place in our modern fantasy Valress setting. We’ll reveal the characters with session 0, but first, let’s meet the cast! 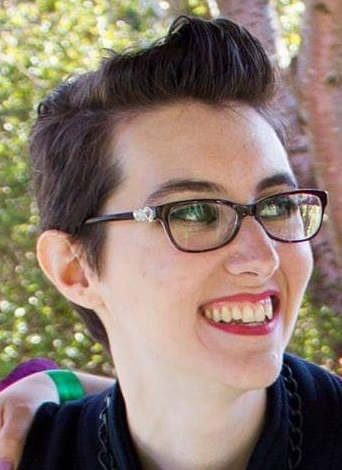 Asher Dmitri is a curious little nonbinary individual living out of the Pacific Northwest. They discovered a love for art and comics at a young age and chose to follow the bonkers path of a self-taught artist, which brought them to conventions, and ultimately to a seat at an early Valor playtest panel. From there, they not only found a love for the Valor system, they also joined Austin’s team as a baby artist, providing some of their work to the core manual. They’ve since gone on to work in Kickstarter projects, comics, music, and voice acting, as well as finding time to take their first art class through Syn Studio. Today, they’re a freelance illustrator working out of their home with their spouse, still in the dampest corner of Washington state. Eleven months living indoors and counting – Stay safe out there, everyone! 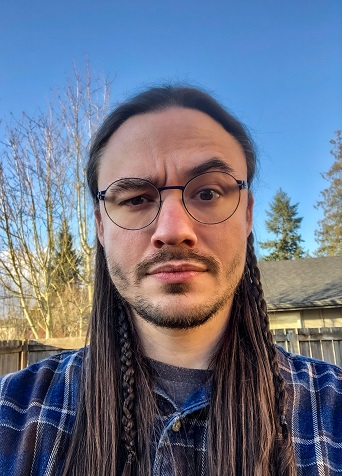 Jason de Kanter Gualberto is a Texas-born IT professional, occasional freelance writer, and host of the podcast Come Back a Star: A Movie Award Podcast. He had an unusual childhood with parents who both grew up in fascist Spain. He went to one of those high schools that taught Creationism and had Latin as a required course. College at the University of Chicago opened Jason’s eyes up to a broader world of social science, movies, and acting – all worlds that he still loves to this day.

Jason has been a proud supporter and play tester of Valor ever since he befriended creator Austin MacKenzie when they both worked in the aerospace forges of Washington state. Buying metals for the might of the Boeing Empire took its toll and the two witnessed many lives sacrificed to the success of the dreaded Project Polymos. After a while, the furnaces became too hot, and, after a daring escape, the two left for greener pastures. Theirs is a bond forged in blood, loss, and triumph against overwhelming orcs.

These days, Austin is a game dev and Jason supports Project Polymos from the comfort of his home office.

You can catch Jason’s Come Back a Star podcast, covering every Best Picture winner and nominee since 1927, every week on Thursdays. 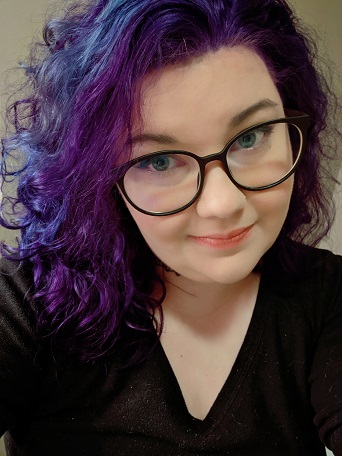 Jenna MacKenzie has been with Valor for over a decade, being introduced to the system during its first convention demo in 2009. From then on, she was hooked, hopping on board as a playtester, PR/event manager and one of the founding members of Valorous Games. A Midwestern transplant with a background in vocal performance and stage acting, she looks forward to bringing nearly a decade of opera, musical and improv theater experience to Valor Live: Best in Class. When she isn’t flexing her managerial muscles or doing weird voices on the internet, she can be found streaming old-school RPGs and randomly bursting into song on Twitch. A self-proclaimed “King of Screaming,” Zack Maher is a voice actor who’s work you can hear in various indie animations and video games all over the internet. Notable credits include Dr. Sylvester Ashling in the animated series Epithet Erased, and various characters in the So This is Basically webseries.

For that past five years Zack has been creating laughs, delivering tears, and making unforgettable memories in various tabletop games. He is a frequent GM and player in different streamed shows that can be found at https://www.twitch.tv/surpriseroundrpg. He also served as the GM for the first show of Valor Live: Wind Riders, happily excited to work on the player side of story telling.

When he’s not booking jobs or playing games, Zack is also pursuing the field of school psychology, where he hopes to provide kids the resources they need to succeed in their education. He also hopes to develop a specialty for transgender advocacy in the schools he’ll be working with in the future.

We'll be at Sakura con Friday and Saturday! Come visit us in the Tabletop room from 11:00 AM to 5:00 PM!
Tweets by @ValorousGames
Tools of the Trade Community Content Requests